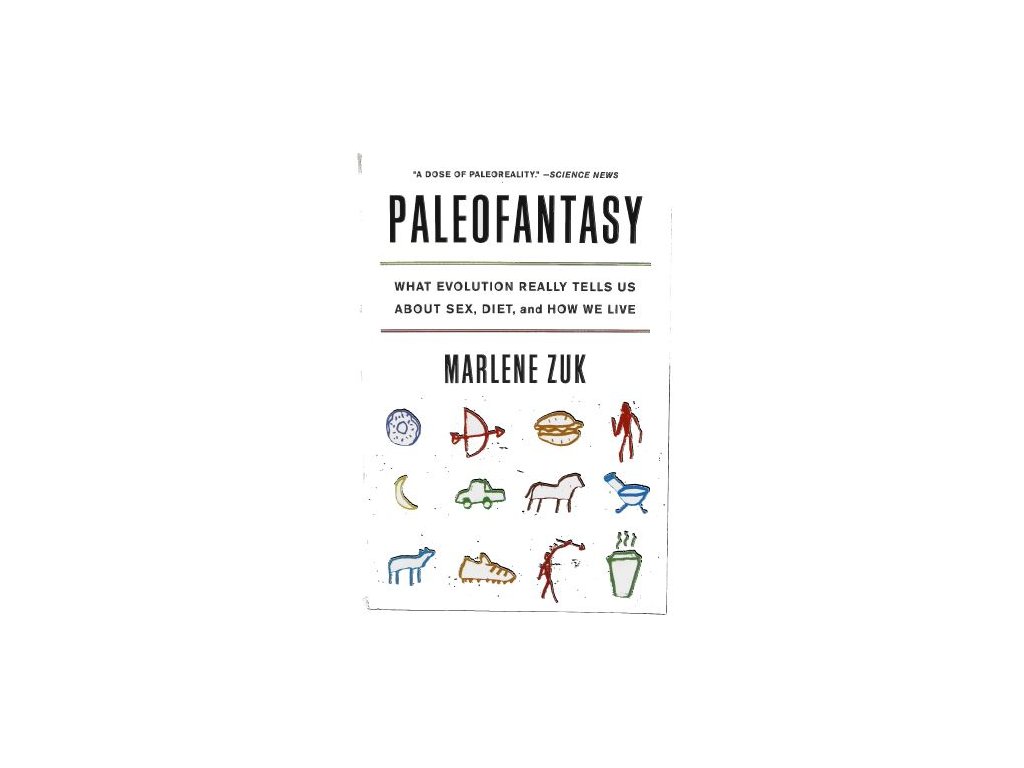 We evolved to eat berries rather than bagels, to live in mud huts rather than condos, to sprint barefoot rather than play football--or did we? Are our bodies and brains truly at odds with modern life? Although it may seem as though we have barely had time to shed our hunter-gatherer legacy, biologist Marlene Zuk reveals that the story is not so simple. Popular theories about how our ancestors lived--and why we should emulate them--are often based on speculation, not scientific evidence.
Armed with a razor-sharp wit and brilliant, eye-opening research, Zuk takes us to the cutting edge of biology to show that evolution can work much faster than was previously realized, meaning that we are not biologically the same as our caveman ancestors. Contrary to what the glossy magazines would have us believe, we do not enjoy potato chips because they crunch just like the insects our forebears snacked on. And women don't go into shoe-shopping frenzies because their prehistoric foremothers gathered resources for their clans. As Zuk compellingly argues, such beliefs incorrectly assume that we're stuck--finished evolving--and have been for tens of thousands of years. She draws on fascinating evidence that examines everything from adults' ability to drink milk to the texture of our ear wax to show that we've actually never stopped evolving. Our nostalgic visions of an ideal evolutionary past in which we ate, lived, and reproduced as we were "meant to" fail to recognize that we were never perfectly suited to our environment. Evolution is about change, and every organism is full of trade-offs.

From debunking the caveman diet to unraveling gender stereotypes, Zuk delivers an engrossing analysis of widespread paleofantasies and the scientific evidence that undermines them, all the while broadening our understanding of our origins and what they can really tell us about our present and our future.